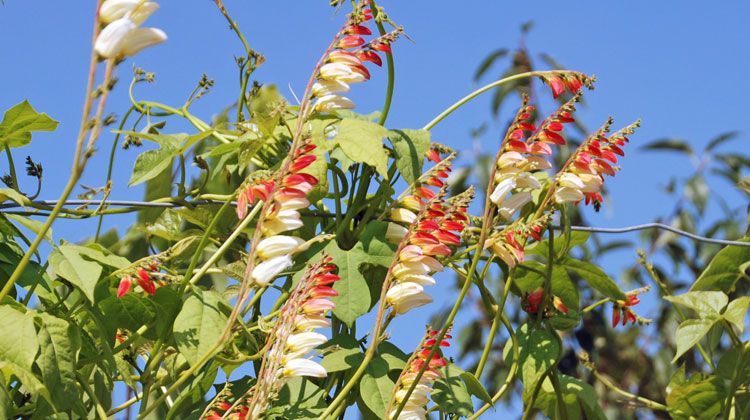 I'm looking for information on a vine called Spanish Flag.

The colorful vine, Spanish flag, seems to be regaining some of its popularity.  It is a relative of the morning glory known by its current Ipomoea lobata or former botanical name Mina lobata.  This Mexican native is a perennial climber in very mild climates but most gardeners grow it as an annual.  I have seen if flower most of the season, though others report it as a late summer bloomer due to its sensitivity to short days  Grow the vine in full sun or partial shade and moist well drained soils.